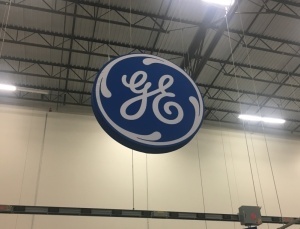 New GE Chairman and CEO H. Lawrence Culp Jr. reportedly noted during a Q3 earning call that “the timing and sequencing might change” on the company's healthcare spinoff, according to the Milwaukee Business Journal.

A GE spokeswoman reaffirmed to the paper that the effort was still on its original track, however.

The comments come at a moment of massive change for the giant, with its ex-CEO John Flannery in place barely a year before being replaced by Culp, raising questions about some prior plans.

Culp, who just took the top spot at the beginning of the month, was Danaher CEO from 2000 to 2014, and is credited with a “highly successful transformation of the company from an industrial manufacturer into a leading science and technology company,” according to GE.

“GE remains a fundamentally strong company with great businesses and tremendous talent,” Culp noted at the time, but warned that he and leadership “remain committed to strengthening the balance sheet, including deleveraging.”

The multinational conglomerate had announced the plan for its healthcare division in late June, framing it as a final in a string of spinoffs aimed at slashing massive debt, simplifying its structure, and raising cash.

“GE expects to generate cash from the disposition of approximately 20 percent of its interest in the Healthcare business and to distribute the remaining 80 percent to GE shareholders through a tax-free distribution,” Kieran Murphy, president and CEO of GE Healthcare, said in a statement when the plan was announced.

He also noted that timing was flexible, stressing that, “the structure, sequence and timing of these transactions will be determined and announced at a later date, but are expected to be completed over the next 12 to 18 months.”

GE's Q3 ending September 30 revealed a loss of $2.63 per share from GAAP continuing operations, adjusted earnings per share (non-GAAP) of 14 cents, down a third from the year-ago period. There was also a massive non-cash goodwill impairment charge of $22 billion, before tax, related to GE Power, according to a company statement.

GE also announced bold plans to bolster the balance sheet, including dropping its quarterly dividend from 12 cents to 1 cent a share in December, and reorganizing the power division.
1(current)
2