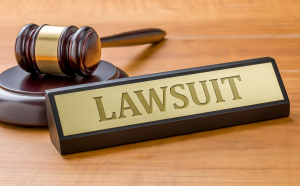 Philips has sued device repair and service company Summit Imaging, accusing the Seattle-based firm of hacking its imaging devices and taking trade secrets, according to GeekWire.

The industrial giant charged the firm in court documents with developing software that breaks into ultrasound machines to get around built-in access protections that control how hardware and software can connect to each other.

That software is sold to healthcare providers as an approach to get around restrictions put on devices.

“Summit is making a profit at the expense of Philips by offering consumers the ability to make unlicensed use of Philips software, by hacking Philips software to enable unlicensed features that consumers would otherwise have to purchase separately from Philips,” the lawsuit stated, noting, “Summit then sells these services in direct competition with Philips, at a discount, and is therefore making these unauthorized changes for commercial gain.”

Philips sells extra software that enables devices to work together, and Summit allegedly provides workarounds that permit the copying of software illegally.

“We are in receipt of the complaint and are reviewing it,” the company stated via email to GeekWire.

The Philips suit suggests that Summit got its hands on proprietary tools containing trade secrets and charges that the firm has misappropriated those trade secrets, and has engaged in false advertising and modifying copyrighted materials.

Summit, which repairs Philips equipment, uses its own Adepto software to get around protections and modify software, Philips charged.

In October, Philips gave guidance that it will not hit its profit margin goals for the year, calling out tariffs and less-than-stellar results of its Connected Care division efforts.
1(current)
2