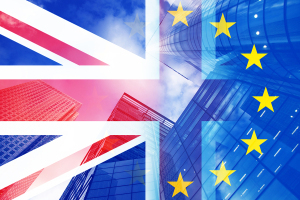 The type of trade deal established between the U.K. and the EU will determine whether or not Great Britain must abide by certain regulations, like the EU's Medical Device Regulation, according to GlobalData
The commencement of Brexit and uncertainty around forming a trade deal with the EU has raised concerns about how such a deal is due to affect the medical device industry in Great Britain. One potential scenario is a free trade agreement, a type of compromise that may have more negative than positive implications, according to GlobalData.

The data and analytics company asserts that a free trade-style relationship would bind the U.K. to the new Medical Device Regulation (MDR), which, along with the in vitro diagnostic devices regulation, would significantly impact approximately 15.2 percent of pipeline medical devices in Europe.

“The EU’s MDR will negatively impact the number of pipeline products approved in the U.K.,” said Aliyah Farouk, medical devices analyst at GlobalData, in a statement. “They will impose a greater scrutiny and stricter requirements on areas such as technical documentation and clinical evaluation, as well as enforcing stringent rules on notified bodies.”

The European Medical Device Regulation is composed of a set of rules for governing the production and distribution of medical devices in Europe. Compliance is mandatory for manufacturers that want to sell their products in the European marketplace. More than 20,000 medical devices are currently in the pipeline globally, with almost half in early stages of development, according to GlobalData estimates.

The MDR will go into effect following a transition period to allow manufacturers, notified bodies and authorities to comply with the changes. Farouk says that many companies are currently struggling to meet the demands of the MDR when it comes to updating IT systems and adjusting clinical trials for validating certain products.

“Failing to meet the new standards will mean delays for new device approvals,” she said. “Additionally, a high proportion of pipeline products will be caught in a transitioning approval process, which could temporarily lead to a decline in the volume of approved devices.”

She adds that the new MDR “will also affect existing devices competing with MDR compliant devices, which put safety as a priority. Therefore, one device could be seen as less safe than another, potentially resulting in an impact on hospital purchasing decisions.”

The decision on the U.K.'s part to leave the EU has raised a number of concerns throughout the medical field, including if it will limit the number of NHS physicians and staff members from foreign countries, with a quarter of its total physician workforce made up by foreigners in 2016.

There was also concern as to whether the European Society of Cardiology would go ahead with its planned ESC Congress in London in 2021, due to the fiscal benefits the popular event offers — it brought in £100 million for London’s economy in 2015 — as well as the impact of Brexit on the perception of Great Britain as a country. The ESC chose to follow through with its plans.