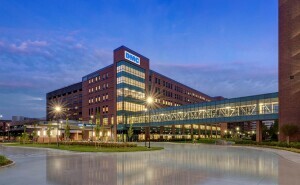 The conflict between Wayne State University faculty pediatricians and the Detroit Medical Center (DMC) took another turn this week. After banning about 25 physicians from practicing at Children's Hospital in Detroit, some can now apparently come back, according to The Detroit News.

WSU School of Medicine Dean Mark Schweitzer had announced in a faculty letter Tuesday that DMC and owner Tenet Health had informed him that pediatrics faculty were banned from practicing at the hospital.

"This egregious act appears to be the latest in Tenet’s ongoing effort to irreparably harm the Detroit Medical Center’s decades-long relationship with Wayne State University and its School of Medicine," Schweitzer's letter stated, according to the paper.

Now it appears that DMC will let some doctors “provide some specialty services to patients at Children's Hospital,” the news reported.

The conflict has contractual implications and has to do with two practice groups that represent the physicians at the eight-hospital system. On one side is the group representing Wayne State faculty. The other side represents Central Michigan University's medical school (CMU).

For nearly 30 years, University Pediatricians repped most of the DMC pediatricians, and also repped WSU faculty pediatricians. But it broke from the university a year ago, stopped sending WSU the money for physicians' salaries, and linked up with CMU, which led about 25 WSU faculty to break away and form Wayne Pediatrics.

DMC has claimed that creating a “competing pediatric group” caused a “potential separation” in the pediatric community.

Now there has been some adjustment to the blanket ban.

"Physicians who left to join Wayne Pediatrics will remain members of the Detroit Medical Center medical staff. Wayne Pediatrics physicians can care for patients at Children’s Hospital of Michigan for specialty services which are not part of the exclusive contract with University Pediatricians, and can care for their patients at all other DMC facilities," according to a DMC statement.