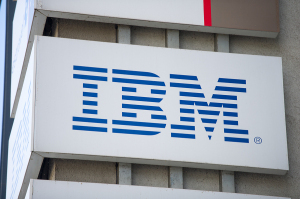 IBM, which holds a market value of $108 billion, trails behind rivals Amazon and Microsoft in the cloud computing space. A sale of Watson Health would allow CEO Arvind Krishna to streamline the company and become a more competitive player in cloud computing, according to an article in The Wall Street Journal.

"Watson was one of IBM's highest-profile initiatives in recent years and a big bet on the growing healthcare sector, though results disappointed in part because physicians were hesitant to adopt artificial intelligence," read the article.

Despite bringing in nearly $1 billion annually, Watson Health is not considered profitable. The company’s cognitive applications revenue, which includes Watson Health, for instance, came to $1.5 billion in the fourth quarter of 2020, a decrease of 2% year-over-year. Shares also slipped 6.6% due to poor cloud and cognitive software performance, with the company missing Q4 revenue estimates and posting its fourth straight quarterly revenue decline, reports Business Insider.

Sources told The Wall Street Journal that IBM is looking at alternatives for the unit and that it may consider selling it to a private-equity firm or industry player, or merging it with a blank-check company.

IBM previously stopped sales in 2019 of its product, Watson for Drug Discovery, which leveraged Watson’s AI technology to help pharmaceutical companies discover new drugs for various medical conditions, according to STAT News. This followed the exit of general manager Deborah DiSanzo from the business in 2018, after three years of manning its operations.

In addition, IBM has appointed Martin Schroeter as chief executive officer of an independent company that will be created following the separation of IBM's Managed Infrastructure Services business, NewCo. NewCo will focus on managing and modernizing IT infrastructure in every industry worldwide. The separation is expected to be completed by the end of 2021.

IBM declined to confirm or comment on the matter.