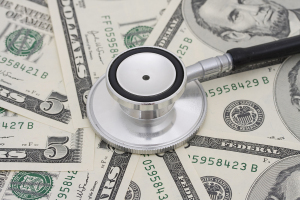 Under the rule, which took effect on January 1, hospitals must publish a machine-readable file online of their payer-negotiated rates and make available a consumer-friendly display of at least 300 shoppable services, including 70 specified by CMS, reports Modern Healthcare.

As of March, around two-thirds of the largest U.S. hospitals have not complied, according to a recently published Health Affairs study. The agency, in response, issued its first warning letters in April and has started auditing hospital websites and reviewing complaints submitted to CMS shortly after the rule took effect.

It has stopped, however, at revealing the names of such hospitals, deeming it “too soon” to do so. "While the hospital price transparency final rule indicates that once CMS issues a civil monetary penalty, CMS will make public the name of the hospital on a CMS website, releasing this information prematurely could identify hospitals that have already taken corrective actions and come into compliance after issuance of a warning letter," said a CMS spokesperson in a statement.

More than 50 hospitals either did not include payer-specific negotiated rates with the payer’s name and plan or violated the law in some other way, the Health Affairs study found. A dozen also did not post any files or provide links to searchable databases that weren’t downloadable.

Hospitals have up to 90 days to correct the issues identified, CMS stated in its warning letter. The agency will carry out a second review when the 90-day period ends or when a hospital notifies it that it has carried out the necessary changes. Should the hospital still be deemed noncompliant, it will receive another warning letter or a corrective action plan. CMS also can fine those in violation up to $300 per day.

Hospitals do not need to post a list of shoppable services if they offer consumers a price estimator tool to calculate out-of-pocket costs for all services.

A bipartisan House committee just last month called on the U.S. Department of Health and Human Services to better enforce the Hospital Price Transparency Final Rule. “We are concerned about troubling reports of some hospitals either acting slowly to comply with the requirements of the final rule, or not taking any action to date to comply. We urge you to ensure that [HHS] conducts vigorous oversight and enforces full compliance with the final rule,” leaders of the House Committee on Energy and Commerce wrote to HHS Secretary Xavier Becerra.

Independent experts, economists and advocates of the law say that increased transparency motivates consumers to take cost more into consideration while shopping for services, increases price competition, and decreases or controls healthcare costs in the long term. Some hospitals and organizations like the American Hospital Association argue that the complex nature of medical billing will confuse and frustrate consumers, and could instead increase prices, as the “lowest cost providers adjust to the average.” They also say that consumers do not use price estimators.