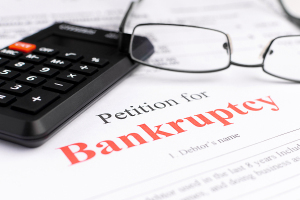 Despite the financial impact of the pandemic, hospitals are filing for bankruptcy less
Despite facing shrinking margins and tighter budgets drained by the need for PPE, ventilators and other resources, hospitals have been filing less for bankruptcy.

That’s according to the newest Polsinelli-TrBK Distress Indices Report, which uses Chapter 11 filings with assets of more than $1 million to assess financial distress in the complete U.S. economy, with low index values often occurring when the economy is strong and high ones more likely to when it is not.

The report’s Health Care Services Distress Research Index turned up a score of 63.33 for Q2 2021, a mark down below 100 points and one that the report is calling “unprecedented,” as the index has exceeded the benchmark every quarter since the third of 2015, often by significant margins, and has continued to track significantly higher than other indices.

“This is the lowest rate of healthcare bankruptcy filings the Index has ever seen, and we’re seeing clear reasons for that,” said Polsinelli shareholder Jeremy Johnson, a bankruptcy and restructuring attorney and co-author of the report.

The findings apply to both public and private companies, as the Polsinelli-TrBK Distress Indices assesses both on Main Street and Wall Street for a broader economic view, unlike public markets.

Substantial and continued government support throughout the pandemic is largely responsible for the score, according to Johnson. Delays and cancellations at the onset of the pandemic devastated healthcare organizations across the U.S. last year, with total utilization of professional services dropping by 65% in March and 68% in April 2020. By June, revenue streams nationwide had dried up by close to 50% for providers, according to a FAIR Health study. The government took action to help, including by passing the Coronavirus Aid, Relief, and Economic Security (CARES) Act to provide funding to healthcare providers.

Aram Ordubegian, a partner in Arent Fox's bankruptcy and financial restructuring group, however, warns that government support is merely a temporary solution. "The bubble is going to get that much bigger and when the free money flow gets turned off, we're going to see volume back and we're going to be busy," he told Modern Healthcare.

The Chapter 11 Distress Research Index, which measures complete economic distress across the industries, was 66.24 for the second quarter of 2021. This is the second highest Chapter 11 index registered since the first quarter of 2011 and decreased by more than 17 points from the last quarter. While only dropping two points compared to the same time last year, it was down more than 33 points from the benchmark period.

Meanwhile, the Real Estate Distress Research Index scored 22.24 for the quarter, a decrease of over one point since the last quarter and more than eight points from the same period last year. It was down over 77 points from its benchmark period in Q4 2010 and is the first decrease after several stable quarters.