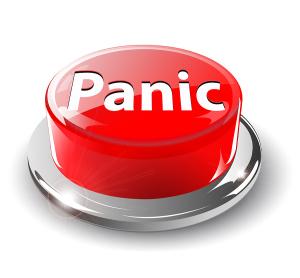 Total assaults rose from 40 to 123 in the last year, according to Cox Medical Center Branson, a member of CoxHealth. While total injuries only increased from 17 to 18, assaults that led to injury went up from 42.5% to 63%, reported NBC News.

The rise in attacks is partially due to the pandemic, which has left hospitals overwhelmed, according to Alan Butler, who manages public safety efforts at CoxHealth’s six hospitals and more than 80 clinics. “When Public Safety response is critical and it’s not possible to get to a phone, personal panic buttons fill a critical void,” he said in a statement.

Relatives of patients are also limited in accompanying them due to COVID-19 restrictions, which causes stress and anxiety to rise. These factors can also lead to attacks, reports USA Today.

Panic buttons were implemented in certain areas at Cox South last year after incidents of workplace violence became more frequent. The hospital now plans to equip 400 employees in the ER and inpatient rooms at Cox Medical Center Branson with the same technology.

A worker simply clicks the button to activate a personal tracing system. Security is notified, with a pop-up alert appearing on hospital computers to show the exact location of the worker using a wireless system throughout the hospital. The tracing system also provides updates if the employee moves after activating it.

Violence against healthcare workers is a rising epidemic, according to the American Journal of Managed Care, which reports that three out of four workplace assaults are against medical professionals. It also cites COVID-19 as partially responsible for the rise in attacks.

Earlier this year, a doctor was attacked and stabbed multiple times in the head and face by a patient on the neurology floor of Pennsylvania Hospital after she informed him that he would not be discharged. The patient was charged with aggravated assault, possession of an instrument of crime, simple assault and recklessly endangering another person. She later took the hospital to court, claiming that its “abject disregard” for the safety of employees led to the incident.

In Missouri, the delta variant has taken a heavy toll, with hospitals forced to transfer many of their patients to other facilities miles away due to overcapacity. Being within a big tourist town, Cox Medical Center Branson has taken in many of these patients and has been at or near capacity now for four months, reports USA Today.

The Skaggs Foundation, a charity in Branson, financed the panic button orders through a grant of over $132,000 made out to the hospital.

Cox Medical Center Branson plans to begin using the panic buttons by the end of the year.