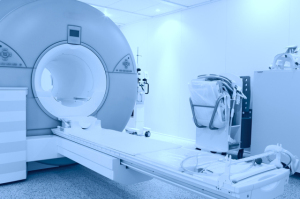 The unnamed man was admitted to the MR suite Thursday at a hospital in the southern city of Gimhae. He was in critical condition after suffering from seizures, according to the South China Morning Post.

“We’re investigating why the oxygen tank was brought into the room,” police superintendent Choi Tae-yong told This Week In Asia.

He added that the external cylinder might have been used as an alternative to the inbuilt oxygen supply system, which may have been malfunctioning. The room did not have any CCTV cameras.

South Korea government guidelines require that patients leave metal objects outside, including keys and jewelry, when entering an MR suite.

Back in July, an ambulance driver in India was carrying an oxygen cylinder into an MR suite for a patient on oxygen support when the machine sucked the cylinder up and with it, the driver, who got his palm stuck. While he escaped with only a broken finger, he was prescribed two months of rest following the incident.

Another man at a hospital in Mumbai died in 2018 after he was sucked into an MR scanner while also carrying an oxygen cylinder for a sick relative into the MR suite. The incident led to a series of arrests and two unnamed staffers declared guilty in court for being negligent in the man’s death.

A worker in Salt Lake City was also killed just last month when a scanner he was helping to move from the fourth to the first floor at the University of Utah Hospital fell to the ground. A second victim received minor injuries.

“We will thoroughly investigate the incident to determine whether human errors were involved,” said Tae-yong in regard to the incident in South Korea.