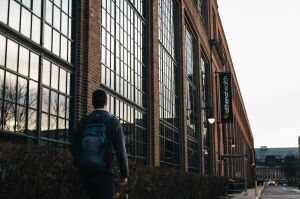 The two will now be able to provide their clientele with access to the athenaOne cloud platform, which offers modules designed to address patient engagement, revenue cycle, telehealth, payments, population health and value-based care management.

In addition to the athenaOne cloud platform, the acquisition gives them access to athenahealth’s partnerships with more than 140,000 ambulatory care providers spread out across all 50 states and made up of over 120 specialties.

“athenahealth is at the frontier of digital health in the United States, enhancing the clinical quality, operational efficiency, and delivery of preventive care to nearly 20% of the population today, unlocking the front door of the consumer healthcare journey and positioning the company to support physicians in the continuing shift toward value-based care,” said Devin O’Reilly, a managing director at Bain Capital Private Equity, in a statement.

The athenaOne cloud platform consists of SaaS technology that is paired with expert services and data-driven insights from the country’s largest single connected network. It can be expanded with the addition of differentiated apps; exchange clinical data across systems within users’ native workflow; and assess clinical and financial data.

The company was initially purchased back in November 2018 by Veritas Capital and Evergreen Coast Capital for roughly $5.7 billion in cash. At the time, the deal gave stockholders $135 in cash per share, which was about 12% above the stock’s closing price. Motivating it was a “steady deterioration in athenahealth's business” according to Leerink Partners analyst David Larsen. “Following another quarter of weak bookings and disappointing earnings, we believe athenahealth would likely have traded to ~$105-$110 per share without a deal," he said at the time.

A previous offer was made earlier that year for the struggling company by activist athenahealth investor Elliott Management for $6.5 billion, $160 per share.

Talk of a potential sale this year started in late September, with Veritas Capital and Evergreen Coast Capital reported to be exploring several options, including a sale or an initial public offering. The two were allegedly aiming for a deal that would value the company at over $20 billion and reportedly reached out to a half dozen potential buyers to generate interest.
1(current)
2