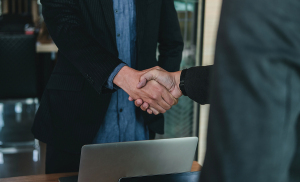 Royal Philips has signed to buy U.S.-based peripheral vascular device maker Vesper Medical. The deal, slated to close in Q1 of 2022, will add Vesper's stent devices that treat deep venous disease to Philips' growing portfolio of vascular diagnostic and therapeutic devices. No financial details were given.

“The acquisition of Vesper Medical is another step in our objective to innovate patient treatment with more sophisticated technology and expand our growth in the vascular therapy space,” said Chris Landon, senior vice president and general manager for image guided therapy devices at Philips.

Vesper Medical's DUO Venous Stent System can address the root cause of chronic deep venous disease (DVD) while addressing “the multiple anatomical challenges of the deep venous system,” according to Philips.

Vesper Medical, founded in 2016, is headquartered in Wayne, Pennsylvania. When the deal is closed, the company and its employees will become part of Philips’ Image-Guided Therapy business. “I look forward to further advance our next generation venous technology and bring it to patients and clinicians globally, together with Philips,” said Vesper CEO and president Bruce Shook.

The Tack was added to the portfolio when Philips acquired Shook's Wayne, Pennsylvania-headquartered Intact Vascular in August 2020.

When the Intact Vascular deal was announced, Shook noted that another plus for him was that both companies “share the same vision of complete procedural solutions to improve existing procedures and expand treatment options.”

In other Philips acquisition news, in November 2021, the company entered into a deal for Cardiologs, a French developer of AI and cloud technology for cardiac care. The French firm's offerings include software, electrocardiogram analysis tools, and reporting services, all CE-marked and FDA-cleared, that can spot cardiac arrhythmias.
1(current)
2