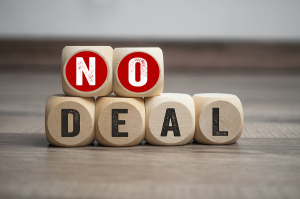 Valued at $13 billion, the deal is expected to allow Optum, a subsidiary of UHG, to offer software, data analytics and technologies provided by Change to enhance workflow and simplify transactions across healthcare systems. Other companies and organizations are concerned that the agreement would hinder competition in health IT services and add to the massive power already wielded by UHG, which is the owner of UnitedHealthcare, the largest U.S. healthcare insurer. Change would enable it to consolidate and use much of the country’s healthcare data to process and deny patient claims, they say.

In response to these concerns, the DOJ launched an investigation last March and asked both companies to provide information about the deal. Then in August, the agency was said to have reached out to private attorneys about possibly pursuing litigation to stop the deal from moving forward.

The news this week sent shares for Change down by 3%, reported Dealbreaker. Sources familiar with the matter say that the department has not found any divestitures to assuage antitrust concerns about the deal, and that both companies are now expected to meet with it for a “last rites” meeting, according to Seeking Alpha.

Among the most pressing concerns by critics has been the potential for limited competition for claims clearinghouse, payment accuracy, revenue cycle management and clinical decision support services. They also say the deal would increase prices for providers and lower quality of care.

“The U.S. healthcare system is under siege by consolidation and concentration. The current matter provides an important opportunity for the Antitrust Division to move the ball forward on protecting competition in critically important healthcare markets, but also in leveraging its knowledge of digital technology markets and the unique challenges they pose for competition,” said the American Antitrust Institute in a letter to the DOJ back in May.

The American Hospital Association has also opposed the deal for these reasons and accused UGH and Change of attempting to sell hundreds of millions of dollars worth of assets to try and reduce skepticism from antitrust regulators. "Post-merger, Optum will have strong financial incentives to use competitive payers' data to inform its reimbursement rates and set its competitive clinical strategy, which will reduce competition among payers and harm hospitals and other providers," it wrote in a letter to the DOJ that urged it to investigate the deal back in April.
1(current)
2