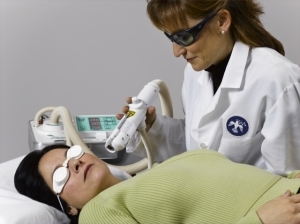 Back in the early 1980s, Dr. Raymond Lanzafame and his colleagues at Rochester General Hospital acquired the very first lasers for clinical use and surgical research. Since those days, significant strides have been made in laser medicine. Lanzafame, now a general surgeon in private practice in Rochester, N.Y. and director of continuing medical education for the American Society for Lasers in Medicine and Surgery, keeps a close eye on how his field continues to advance. Photoacoustic tomography, a novel technology that’s a blend of optics, ultrasound imaging and short-pulsed laser that can operate deep within tissue, is a new technology. Capable of producing images on par with MRI and CT, with the convenience of a hand-held scanner to boot, Lanzafame says the technology holds promise for image-guided procedures found most often in the angiography suite. But that’s not matching up to the market push he’s witnessed recently.

“There are a couple of folks who have such technologies but are trying to package it for cellulite. That’s probably because, while cardiovascular is still the sweet spot that companies look for [based on] numbers, the cosmetic marketplace seems to be a place where people are willing to invest,” he says.

Cosmetic lasers dominate more than half of all lasers sold in the U.S. And despite the sour economy in the past few years, the sector is growing, with new technologies coming down the pipeline and older ones being fine-tuned.

“If you look at the array of technology, it’s really been skewed toward the aesthetic market. It’s what people are buying,” says Lanzafame. 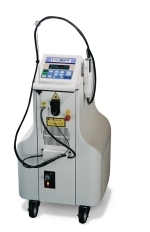 Enter the age of diversity
Employees at Palo Alto, Calif.-based Sciton Inc. sift through ideas for new cosmetic devices on a regular basis. After assessing how large the market might be for a particular application, the company looks at a variety of different energy sources it might use, ranging from laser to flash lamp to ultrasound and radiofrequency. “Then we work on developing the product from there,” says Robert Ruck, vice president of worldwide marketing for Sciton.
1(current)
2
3
4