More physicians are proficient with EMRs but fewer are confident they improve care: survey 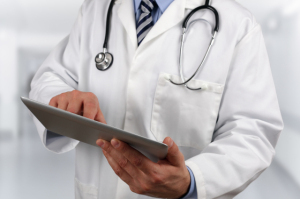 The majority of physicians in the U.S. are more skilled at using EMRs than they were a couple of years ago but fewer are convinced that EMRs improve treatment decisions, lessen medical errors, and better patient outcomes, according to a new survey conducted by Accenture.

The survey interviewed 2,619 physicians in the U.S., Australia, Brazil, England, Norway and Singapore from December 2014 to January 2015. Accenture conducted a similar survey in 2012 and compared those results with the new survey’s results.

The survey revealed that 72 percent of the respondents are more proficient at using EMRs than they were two years ago. Only 13 percent of the physicians reported that they regularly use digital tools including email to communicate with patients in the 2012 survey but now 30 percent of them use those tools.

But despite that, the physicians are less sure now than they were in 2012 that EMRs can provide them with the benefits they need. In 2012, 62 percent of the respondents believed EMRs can enhance treatment decisions but now only 46 percent do. In addition, 64 percent think that EMRs cut medical errors versus 72 percent in 2012 and 46 percent believe they improve outcomes versus 58 percent.

Most of the physicians — 70 percent — believe that health care IT takes away from the time they can spend with patients. Three-fourths of them think that the interoperability tools currently on the market limit their capacity to improve the quality of care with health care IT and 58 percent of them reported that the EHR systems in their organizations are difficult to use.

“Despite the rapid uptake of electronic medical records, the industry is facing the reality that digital records alone are not sufficient to drive better, more-efficient care in the long-term," Dr. Kaveh Safavi, who leads Accenture’s global health business, said in a statement. He believes that both the technology and new care processes need to be adopted while also ensuring that the deficiencies in patient care are not made worse by digitization.

The survey also highlighted the trend toward greater patient engagement using health care IT. In 2012, only 8 percent of the physicians offered tele-monitoring devices but now 24 percent of them offer it.

Just over half of them provide their patients with access to online medical records and electronic reminders for follow-up care, 46 percent allow patients to schedule appointments online, 36 percent view health-related information during appointments and 14 percent conduct appointments through videoconferencing.

“When patients have a greater role in the record-keeping process, it can increase their understanding of conditions, improve motivation, and serve as a clear differentiator for clinical care provided by physicians,” Safavi said in a statement.