Doctor gets 45 years for giving 533 patients chemo, other cancer treatments 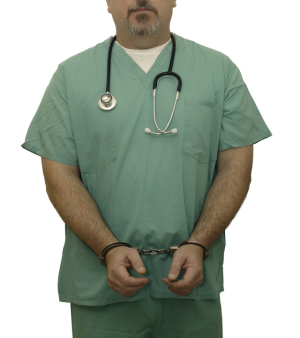 Medicare and insurers forked over at least $17 million to Fata, according to government estimates.

Fata had remained unemotional during the trial but broke down sobbing and begged for mercy at sentencing for his horrific actions at Michigan Hematology Oncology, his business. The operation had seven offices in the Detroit area and a related business that did tests for cancer.

Fata spoke to the public for the first time since his August 2013 arrest during sentencing. He admitted he had "misused my talents... and permitted this sin to enter me because of power and greed."

His defense lawyer, Cristopher Andreoff, told AP that Fata was "a broken" man since his wife and children left the U.S. while the case was going on. Fata is a native of Lebanon.

Fata, who turned and apologized to his victims in the courtroom, admitted his patients had come to him "seeking compassion and care," but he had "failed them," according to NBC News.

Federal prosecutor Catherine Dick had sought a 175-year prison sentence for the 50-year-old doctor, telling the court that it wasn't "mob justice. It is appropriate for this crime."

Handing down the sentence, U.S. District Judge Paul Borman stated that the defendant had "shut down whatever compassion he had as a doctor and switched it to making money," according the the Associated Press.

Many patients and families had come to the trial, hiring a bus to get to get to court. Said Ellen Piligian, whose late father, a doctor, was given drugs he didn't need for a tumor, "he preyed on our trust, our exhaustion, our fears."

Many former patients, wearing yellow in solidarity as they stood outside the court for the sentencing, expressed disappointment with the decision.

"Prosecutors did a fantastic job - and he got 45 years. It's a lifetime sentence for the rest of us," Monica Flagg, 53, told AP. She was given chemotherapy until by chance she broke her leg and a different doctor, examining her for that, told her that in fact she had no cancer.

Fata's nefarious scheme came crashing down when staffers helped expose what he was up to, George Karadsheh revealed to ABC News.
1(current)
2