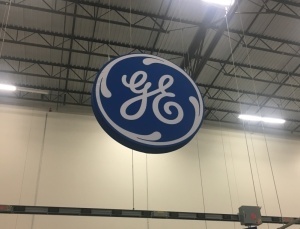 The record date of distribution is on December 16, with the distribution expected to occur after the U.S. market closes on January 3.

Prior to the spinoff, GE HealthCare will be converted into a corporation under the name, GE HealthCare Technologies. It has a market capitalization of around $93.6 billion, which puts the value of the spinoff at about $31.2 billion, according to The Wall Street Journal.

GE announced in 2018 that it would spin off its healthcare division to focus on its power, aviation and renewable energy businesses, as well as cut debt and simplify its structure. In 2021, it said the spinoff would take place in early 2023.

The company revealed in July 2022 that the separate entity would be named GE HealthCare. It also is spinning off its energy businesses as a separate company called GE Vernova and its aviation business as GE Aerospace.

It will be led by newly appointed president and CEO Peter Arduini. GE Chairman and CEO and GE Aerospace CEO H. Lawrence Culp Jr. will serve as a nonexecutive chairman of the company following its spin off.

“Today’s announcement marks one of the final milestones for our planned spinoff of GE HealthCare as we move toward launching three independent, industry-leading, and investment-grade companies, said Culp in a statement.

As an independent business, GE HealthCare will focus on precision health and will be able to move faster and have more capital to acquire companies and technologies. The healthcare division made $18 billion in annual revenue in 2021, compared to GE's $74.2 billion, according to WSJ.

The company will be listed on the Nasdaq Global Select Market stock exchange under the ticker symbol, GEHC, starting on January 4, 2023.