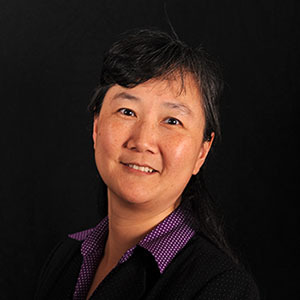 Ann Patterson
Medical identify theft appears to be on the rise, with no indications of slowing down, according to a new Medical Identity Fraud Alliance (MIFA) survey.

This type of theft can be a financial burden for the patient and many aren’t even satisfied with the outcome. The survey found that of the individuals in the survey affected by identity fraud, 65 percent spent over $13,000 to resolve the problem yet only 10 percent stated that they were completely satisfied with the resolution.

Medical identity theft can damage more than finances — about half of the respondents reported that it affected their reputation in some way. Almost 90 percent were embarrassed by the medical data that was disclosed and 20 percent believe that the theft caused them to lose their job or miss a job opportunity.

The value of an individual health record is “significantly higher” than credit card or banking information. “This fact makes the large volume of EHRs that are being created a lucrative target for hackers that aim to steal and sell the data for high dollar amounts,” said Patterson.

In addition, medical identity fraud usually takes more time to detect than traditional financial fraud. Because of that, the criminals can use the medical credentials for extended periods of time and extract as much financial gain as possible through fraudulent billing, obtaining medical goods or services, or fraudulently obtaining prescription drugs to resell on the black market, according to Patterson.

In order to curb this issue, Patterson thinks that individual health care providers, health plans and technology providers need to band together. She also believes that there needs to be more public-private partnerships, in which the government works with the industry to figure out ways to reduce medical identity fraud.

“The industry will be able to make faster and bigger strides to fight this fraud when we all work from the common understanding that PHI privacy, security and protection are not competitive issues and address it as an industry,” she said.

Consumer awareness and education is also important to fighting medical identity fraud. The study found that about half of the affected respondents had their medical credentials used by someone they know and about half of those cases were voluntary.

When health data is co-mingled, it can lead to misdiagnosis, mistreatment or delay in care. “As awareness of the potentially dire consequences increases, it is our hope that the incidence of the ‘friends and family’ category of medical identity theft and fraud will be reduced,” said Patterson.