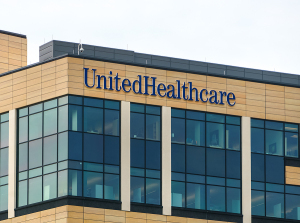 Announced on April 25, the news sent premarket trading shares for Change up by 1.5%, according to Seeking Alpha. Previous reports in early April said that Change was also in advance discussions to sell the ClaimsXten business to private equity firm New Mountain Capital for over $2 billion.

Currently, UHG and Change are working to resolve antitrust concerns brought forth by the U.S. Department of Justice, which sued in February 2022 to block the acquisition from moving forward. It was not made clear if the ClaimsXten business sale would go through or not if the deal is not approved, reported Bloomberg News.

Proposed in December 2020, the UHG-Change deal is valued at $13 billion ($8 billion, plus $5 billion for debts Change owes). Under it, Optum, a subsidiary of United, would acquire and offer Change’s software, data analytics and technologies to enhance workflow and simplify transactions for healthcare systems. Competitors say that the purchase would hinder competition in the health IT space, as UHG already wields a massive amount of power due to it being the owner of UnitedHealthcare, the largest U.S. health insurer. It also would be able to consolidate and use much of the country’s healthcare data to process and deny patient claims.

Opponents say the deal would result in price hikes for hospitals and lower quality of care. The DOJ launched an investigation the following March into these concerns. In August, news spread that the agency was considering pursuing legal action to stop the deal. In response, the companies agreed to not complete the merger for 120 days after complying with a request for information. They also pushed back the completion date for the deal from the end of 2021 to April 5, 2022.

But The DOJ still filed a civil suit in February that claims the UHG-Change merger would harm competition in commercial health insurance markets and in the sale of technology used by insurers to process claims and reduce healthcare costs. Following this, the companies in April extended their merger completion date again to December 31. Should the court prevent the deal from going through, Optum will pay a $650 million fee to Change Healthcare.

One independent attorney told Dealreporter that selling off parts like the ClaimsXten business could work in both companies’ favor, as it might make the DOJ’s case more challenging to prove. An SEC filing in March 2021 also said that UHG would be able to sell assets if required for antitrust approval, but asserted that divestitures of more than $650 million in annual revenue from UHG would be “burdensome” for it.

The trial over blocking the deal is scheduled to begin on August 1.