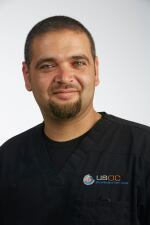 Ali Yousef, CEO of USOC Medical echoed the importance of dealing with a reputable company. “Quality!” he wrote when asked what makes one ISO better than the next. “There are countless ‘repair’ companies that specialize in patient monitors, but only a handful have the engineering capabilities to actually do the repairs in-house.”

According to Yousef, it’s not necessarily lack of experience that holds in-house staffback. Instead, it’s lack of resources and time that really put the squeeze on in-house teams. But experience can still play a big part. Many hospitals may only have one or two units of a given modality, so troubleshooting and the subsequent practice and familiarity that comes with hands-on experience doesn’t occur as often.

Yousef recounted one service issue that illustrates that point, “A customer was having a problem assigning a telemetry transmitter to the central station.”
It was a matter of clearing out the system cache — a simple fix, but difficult if you haven’t come across the problem before. Yousef’s techs have seen the problem before, so were able to fix it. “The customer was on the brink of purchasing a whole new unit in order to solve the problem,” he says.

When it comes to negotiating contracts or renewing them, Yousef recommends hospital teams sit down and review detailed reports containing trending data for at least a year previous to determine the threshold for repair versus replacement. If it turns out the unit might cost too much to maintain, it might be a good time to retire it.

The role of politics and government policies 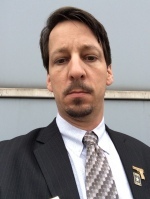 There will some big changes in health care within the next few years according to Marshall Shannon, director of Image Technology Consulting. “It depends on whether we get a Republican or a Democrat president,” he says.

Expanding on the thought, he admits it’s not a question of partisanship, but more the fact that the government’s changes are hurting providers and forcing them to keep older equipment working which may ultimately increase costs in the long run. It also makes the service field a rougher place to be for those in the business. Shannon says that the longer the equipment stays in the field, the less new equipment business there is for the OEMs. This forces them to explore other revenue generators and an increase in the number of OEMs offering service and venturing into the multi-vendor service field. It also helps to explain the glut of consolidations and buyouts of ISOs by OEMs.
1
2(current)
3
4
5
6
7
8
9
10
11
12
13
14
15