McCann says since Modern Medical is strictly a service company, they have managed to perfect a labor model where they “right-size” the amount of labor needed rather than saying every item has a price. “We look at the entire spend of the system and develop and overall strategy for them.”

One unique component of Modern Medical’s business is their training. While many service organizations, both on the ISO and OEM sides offer technical training, Modern Medical also offers soft-skill training. “We teach management how to communicate with directors of other departments,” McCann explains. “It’s almost as important as being able to fix the item. They need to be able to communicate the issues clearly within their system and even at times with regulatory organizations,” he says.

Still, McCann says that the area where he’s noticing significant growth for the sector is within the acute care setting and with the larger networks that are starting to be able to be serviced through the ACO act.“With that, the affiliates owned by IDNs or health systems are getting attached to licensing groups and where they may have been a standalone physician group, they’re now being held to the same standards to mirror what the hospital is doing. The Joint Commission is going to look for that documentation. ” 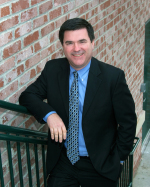 BC Technical’s executive vice president, Ken Smith, believes his company offers two big advantages compared to many OEM options in the market. According to Smith, BC Technical has low overhead and significant flexibility. Low overhead means less operating costs to pass on to customers, while the better flexibility means field service personnel can make decisions on the fly getting customers what they need quickly.

On the in-house front, Smith says they don’t compete, but are instead there as support. They can step in to offer assistance especially on systems that the in-house techs don’t get a chance to work with often.

Rounding out the service options, in comparison to other third parties, Smith considers BC Technical somewhere between OEM and ISO. The company has relationships will asset managers in large institutions across the country as well as with all the major OEMs. “We’re really the only true nationwide ISO for PET, Molecular Imaging, MR, CT. So we have the scale and we have capital, backed by one of the largest private equity firms in the country,” Smith says. BC Technical specializes in molecular imaging, CT and MR in their three facilities. The company also does some field training and multi-vendor service training.
1
2
3
4
5
6
7
8
9(current)
10
11
12
13
14
15