“Some people look at training as if they’re training they’re competitors,” Smith says. “But we look at it as a partnership — we understand we’ll train and it will take some business away from us as things are taken in-house, but we can be there to provide parts or tech support. If they have a person leave, we can step in and fill in until they’re staffed back up.”

Smith’s philosophy is focused on the long-term. “If you’re around the industry long enough, you see the ebb and flow —in-house gaining a lot of traction, asset management gaining traction,” he says. “We’rein a consolidation mode. Imaging centers are consolidating or going out of business. We’ll see a lot of that in service too. I think we’re leading the way; we’ve purchased, I think, 11 companies over the past two or three years. Last year alone it was four or five companies. Our intent is to finish another three to five acquisitions before the end of the year.”

Smith believes the consolidation is fueled by the increase in rules and regulations. Smaller health care facilities and service organizations simply can’t keep up with compliance requirements.

Taking the complications out of contracts 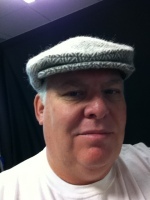 Hospital administrators often have a lot, or even too much on their plates. So when faced with 30 or 40 pages of legalese to decipher for each and every service contract they sign, it’s common for some points to slip through. That’s why Patrick Lynch, HTM specialist at GMI recommends hospitals follow at least one example set by the Veteran Association. “The VA doesn’t sign contracts. They write their own and put them in front of the company to sign,” Lynch says.

It doesn’t make sense for everyone — for instance, GMI and a number of other ISOs have very brief two or three page contracts— but if your facility is regularly signing contracts made up of dozens of pages of dense jargon, investing upfront with a lawyer in order to pound out some boilerplate contracts might be worth looking into.

Lynch also suggests customers have the capability to adjust their contracts quickly as situations change. Adjusting quickly is key in today’s world of fast-changes to reimbursements and service requirements. Being able to ramp-up the service contract for a system that has become more profitable, or being able to cut back on service for one that’s not bringing in as much may be the difference between staying in the black or floundering in the red.
1
2
3
4
5
6
7
8
9
10(current)
11
12
13
14
15