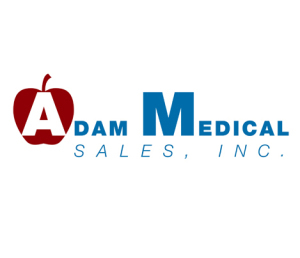 After speaking to Bernard "Bernie" Glas, owner of Adam Medical Sales, Inc., Brooklyn, NY, it's easy to see why he's made the DOTmed 100 list of best companies again this year, and is DOTmed Certified to boot.

Glas has survived the ups and downs of the pre-owned medical business cycles for 30 years. He has the discipline and the core instincts of an entrepreneur, so when the market becomes turbulent, he's ready for the storm.

"We're always trying to find new niches, doing things that not too many other people are doing," he says. "So when things are difficult in one area, we turn to another," he says.

What Glas is facing now in the U.S. market--where he sells cardiovascular equipment and an array of other imaging equipment--is a supply-demand imbalance, as a result of the deepening recession.

On one hand, he says, "demand for our spare parts has never been better. Sales have increased so far this year by 40 percent and it's only two months into the year," Meanwhile, he's been told that OEM sales are down 30 to 50 percent.

But supplies have recently become so tight as more and more customers want medical gear at bargain prices, that Glas can no longer meet demand. And even though he often gets "first call" when equipment is available, his hands are tied these days.

One thing Glas has learned in this business is that turbulence spells opportunity. Since there's a dearth of medical equipment in the U.S., he's made two strategic moves: One, he has entered the oncology business, where "unfortunately people can't wait until the economy gets better to buy the equipment they need," he says. And two, he's "turning East" to Outer Mongolia, a parliamentary democracy, where he is shipping equipment to hospitals and clinics and forming joint ventures with these institutions.

In the oncology arena, radiologists who run imaging centers would never have bought second-hand equipment in the past, Glas says. Now, they realize there is plenty of near-pristine equipment on the market that is easier to finance.

Glas has begun selling radiologists Large Bore CT simulators, systems that first took off in 2000 and became available to refurbishers about two years ago. He says the CT simulator locates the tumor, feeds the data to a radiation-planning program, which then feeds the information to the linear accelerator. The accelerator homes in on the tumor and bombards it with photons.
1(current)
2