Candidates must be nominated by one Active member of ASTRO and receive letters of support from two additional Active members of ASTRO, detailing the nominee’s impact on the advancement of radiation oncology. Nominees may be from any of the scientific disciplines represented in ASTRO, including radiation oncology, biology and physics. This year, three doctors were recognized. 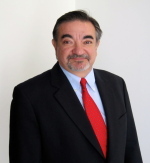 Amato J. Giaccia, PhD
Giaccia’s research has been focused on the role of tumor microenvironment in tumor progression and metastasis, specifically the response of tumors and normal tissue to a reduced oxygen environment, or hypoxia. He co-authored a 1996 study, “Hypoxia-mediated selection of cells with diminished apoptotic potential in solid tumors,” published in Nature, that impacted the research direction of the field by establishing the molecular basis for hypoxia-mediated apoptosis, the process of programmed cell death.

His laboratory published definitive data in a 2006 study in Nature and two studies in 2009 in Cancer Cell and the Journal of Clinical Oncology demonstrating that hypoxia-related secreted proteins are involved in mediating cell invasion and metastasis. 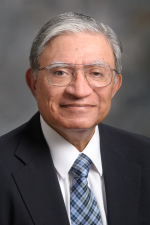 Radhe Mohan, PhD, FASTRO
Mohan, a medical physicist for 42 years and 22-year ASTRO member, pioneered the development of computer-aided systems for automated dosimetry and record-and-verify systems for radiation therapy. He was among the key leaders in the development of 3-D CRT, and later, of IMRT. His most recent efforts have focused on image-guided radiation therapy, management of respiratory motion and proton therapy. Mohan is the principal investigator at The University of Texas MD Anderson Cancer Center in Houston on a major program project grant from NCI, working with Massachusetts General Hospital in Boston, for research and development to optimize proton therapy.
1
2
3
4
5
6(current)
7
8
9
10
11
12
13
14