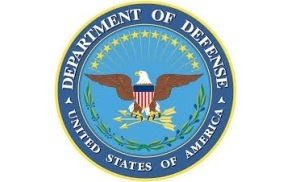 U.S. Department of Defense
The U.S. Department of Defense is shopping for a new electronic health record (EHR) provider, and they're prepared to pay $11 billion for 10 years of service. New specifications for what the DoD is looking for has experts anticipating that the winning bid will go to one of three teams; one led by Cerner, one by Allscripts, or a third led by IBM and Epic.

In October, the application window ended for what is being called the Defense Healthcare Management Systems Modernization (DHMSM) contract. The choice to replace the current system was announced last year after a troubled history of interoperability difficulties.

A new amendment to the DoD presolicitation notice, published on February 19th, established a competitive range for serious bidders, and PricewaterhouseCooper (PwC) — formerly a major contender — is no longer among them. As of that date, the DoD says they have opened discussions with the remaining teams.

"While DoD cannot comment on the details of the ongoing source selection, the competition is robust and will support DoD's objective of acquiring a best value solution for the enterprise that meets requirements, including interoperability with the VA and private sector health care providers," a spokesperson from the DoD told DOTmed News.

Meanwhile, a white paper issued on February 12th by a government think tank called the Center for a New American Security (CNAS), urged the DoD to choose an open-source EHR provider. That is, incidentally, what PwC and their team (which included Google, DSS Inc., Medsphere, Medicasoft and General Dynamics), might have provided.

The recommendation from CNAS came in the interest of avoiding a costly vendor-lock, and making a choice consistent with the HHS/CMS "fee for value" medical reimbursement model guidelines. In their white paper they drew a pointed smartphone analogy:

"Failing to choose wisely, with forethought about technological innovation, could be tantamount to having bought a twenty-year contract for the then-“state of the art” BlackBerry service in 1999," wrote the authors.

Of the remaining DHMSM contenders, the team of IBM and Epic are offering what a September press release from IBM describes as, "an open architecture supporting over 20 billion data transactions to other third party systems each year."

Investing in the right EHR provider will be a crucial decision for the DoD and a major boon for the company that gets the assignment. A final decision on the winning bidder is expected to be announced this summer.