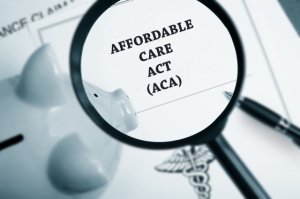 From January to June 2014, the number of people with insurance greatly increased as a result of the Affordable Care Act and the black and Hispanic populations experienced the greatest growth, according to the 2014 National Quality and Disparities Report released today by HHS’ Agency for Healthcare Research and Quality (AHRQ).

The report indicated that the rate of uninsured individuals decreased from 22.3 percent in 2010 to 15.6 percent in the second quarter of 2014 among 18 to 65 year olds. This report only evaluated the first open enrollment period.

Blacks and Hispanics traditionally have had higher rates of uninsured individuals compared with whites, but that seems to be changing. Health care reform is now making health insurance readily available to populations who would have been uninsured.

The report also found that the gaps among racial groups for certain health services are now closed. In 2009, 91 percent of white children received the measles-mumps-rubella vaccine and only 88 percent of black children did but now those rates have become comparable.

In 2004, only 41 percent of Hispanic adults with obesity received nutrition counseling and advice to eat fewer high-fat foods compared with 50 percent of white adults but that rate is also similar now. American Indian children are now receiving hepatitis B vaccines at similar rates as other children but in 2002, 81 percent of them compared to 91 percent of white children received that vaccine.

Beyond that, the report stated that quality of care is improving, especially hospital care. An AHRQ report from December 2014 said that there were 17 percent fewer harms to patients, about 1.3 million fewer hospital-acquired conditions, 50,000 fewer deaths and $12 billion in cost savings in 2013 than in 2010.

But quality is still not exactly where it should be and there is still a lot of work to be done. Millions of patients are still harmed by the care they receive and only 70 percent of recommended care is being delivered across the range of quality measures.