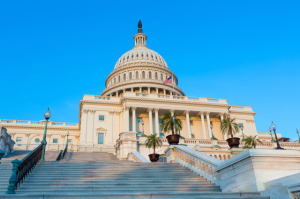 Three weeks after the U.S. House of Representatives passed H.R. 2, the Medicare Access and CHIP Reauthorization Act, the legislation has finally been written into law. After over a decade of temporary solutions to a flawed reimbursement model, physicians are no longer in danger of having their payments cut by 21.2 percent.

Instead, the bill ushers in a five-year period of increased annual payments of point-five percent. After that, Medicare doctors will receive bonuses and penalties based on performance ratings.

The bipartisan effort was delayed by a two week recess, after which the U.S. Senate passed the act with a vote of 92-8. From there all that was left was for President Obama to sign it into law — a gesture he made clear would happen after Congress approved it.

Proponents of the legislation believe it represents a major step toward bringing the value-based principals of health reform to the physician level, where it has been notably lacking relative to other sectors in the industry.

Since 2003, Congress has spent nearly $170 billion on short-term patches, or 'doc fixes' to avoid unsustainable cuts imposed by the flawed sustainable growth rate (SGR) formula which was established in 1997 as part of the Balanced Budget Act.

The bill also represents an uncharacteristically bipartisan effort between Democrats and Republicans led by Speaker John A. Boehner and the House Democratic leader, Nancy Pelosi.