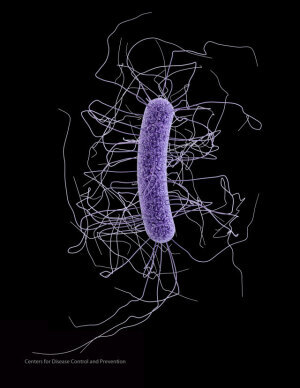 A just-published study of a hospital infection that kills 29,000 people every year concludes that CDI (Clostridium difficile) increases readmission of afflicted patients at twice the rate of other patients.

The result offers profound insight for hospitals, which will be penalized under the Hospital-Acquired Condition Reduction Program that CMS is starting under new requirements of the Affordable Care Act.

“My colleagues and I who conducted the study hope this will trigger the rest of the world to look at their own data and what kind of burden these findings are placing on patients and hospitals,” Dr. Teena Chopra, the Director of Infection Control and Antibiotic Stewardship at Detroit Medical Center, told DOTmed News. She and colleagues at six other Detroit area hospitals participated in the peer-reviewed study just published in the American Journal of Infection Control.

According to the Centers for Disease Control, CDI – commonly called c. diff – infects a half million patients a year and costs $4.8 billion a year just in acute facilities, which does not include nursing homes or other long-term care operations. C. diff causes inflammation of the colon and associated life-threatening diarrhea. According to the study, which examined 51,353 “all-cause” discharges in calendar year 2012, 615 patients were discharged with a c. diff diagnosis. About half of the c. diff was present upon admission and half was hospital acquired. The study found that 30.1 percent of c. diff patients were readmitted after 30 days compared to 14.4 percent of all-cause discharges. The c. diff readmissions were also significantly higher, adding 4.4 days to the average length of stay compared to other readmitted patients.

According to Dr. Chopra the study offers yet another caution about the judicious use of antibiotics.

“Antibiotics create an environment where good bacteria in the gut is killed, which gives opportunity for bad bacteria (c. diff) in patients who are compromised,” she explained. She said she initiated the study because while it is common medical knowledge that c. diff rates are increasing (from 5.6 per 1,000 patients in 2001 to 11.5 per 1,000 patients in 2010 according to the study), there was no good baseline information related to readmissions.